Check out the lyrics and more.
Listen to Flocabulary’s new, free Figurative Language song. You’ll learn all about persongification, as well as metaphors, simile and more.

The Sorcerer didn’t just cast a spell on the brooms…he personified them!

You and your students have already mastered hyperbole and alliteration. But are you ready to make your words jump off the page? It’s time for the liveliest figurative language of them all. Whether you are looking for general personification examples or a hip-hop song lyric with personification, we’ve got you covered.

Why Writers Use It: Personification can make non-human objects and ideas more relatable, since it is easier for humans to relate to another person than, say, a mop. It can also make objects or ideas seem more vivid.

“The new moon rose high in the crown of the metropolis, shining! Like ‘who on top of this?'” -Mos Def

“I woke up energized,
My clock speaking,
Closet door open,
My clothes looking at me,
Fresh kicks sleeping” -Median

And one teacher even made a mix of popular songs that include Personification.

Personification in Poetry and Literature

“O happy dagger!
This is thy sheath; there rust, and let me die.” –Romeo and Juliet.

Two Sunflowers Move in the Yellow Room. by Nancy Willard

“Ah, William, we’re weary of weather,”
said the sunflowers, shining with dew.
“Our traveling habits have tired us.
Can you give us a room with a view?”

They arranged themselves at the window
and counted the steps of the sun,
and they both took root in the carpet
where the topaz tortoises run. 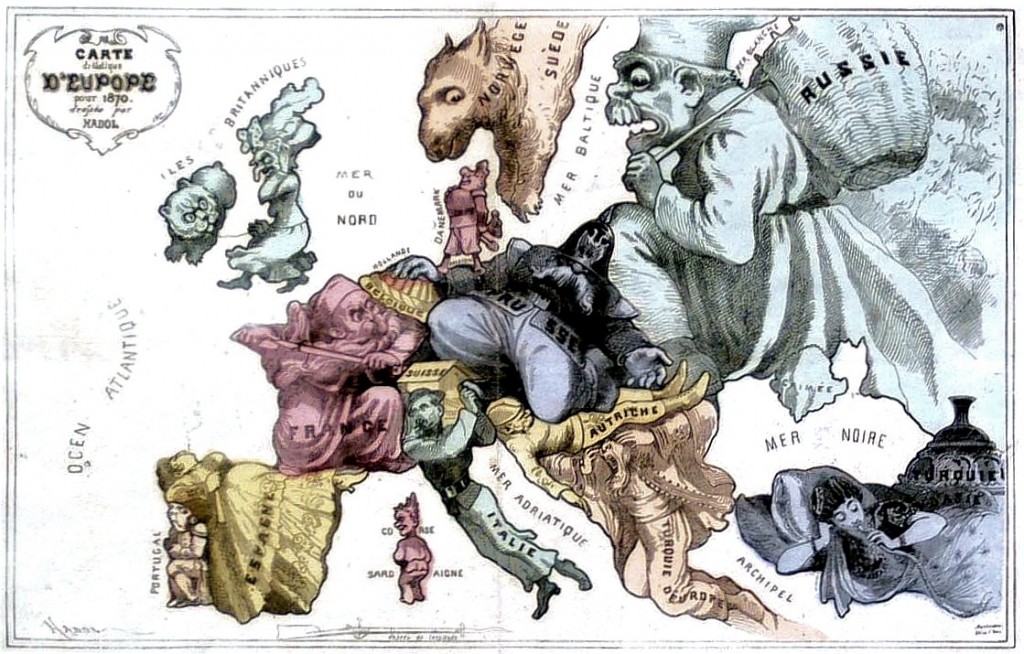 Mapmakers used personification to represent conflicts between countries of the world. Why do you think they did that? Click here for more personified, satirical maps.