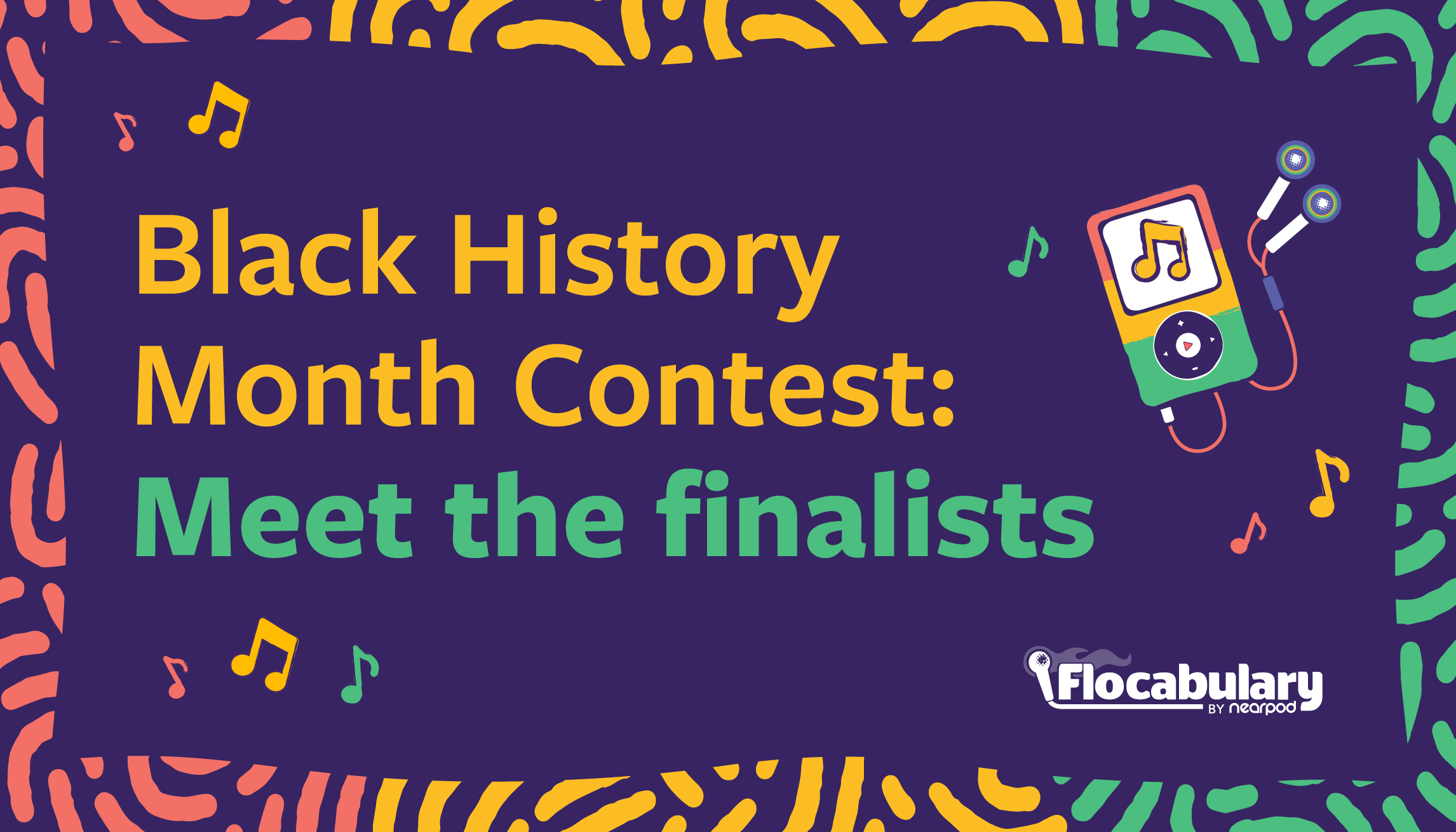 In honor of Black History Month, we’re inviting students to be the researchers, lyricists and rappers. Students from all over the country selected under-recognized Black historical figures for their song lyrics. Take a look at the awesome finalists and lines from their creative entries.

“What if it was us living that time right now

She saw the bodies hanging from the trees

As the people cried their tears with ease

The cross burning from over the lake

She and her family staying up late

The fear and worry took over the south

But Hamer had to find a way out

But she made it somehow, she had hope

All the people would rise from under Jim Crow”

“Till their death, J.W. and Roy lived happily

Never got so much as a simple apology

But that’s how things go in black history

But Emmett became a catalyst for civil rights

So everyone can be equal, like the blacks and the whites

And he has been mentioned in all the peaceful fights

And the first black to testify in Mississippi was Moses Wright”

Check out part of Bilal’s rap on Emmet Till here.

As we marched downtown, making history

I waited for the other shoe to drop

In those first few minutes, no one said, “Stop!”

And in my life I went through hell of hells.

I was a slave, different rights than you.

My race was a problem, chains made for me–

but I was freed when I was only three.”

“She had a dream to breach the skies; you could see it all in her eyes

A lot of confidence she would need; that ultimately she would succeed

She applied to be an astronaut; but due to a space disaster for now she would not

She tried again and reapplied; this time she would get a ticket to the skies so wide

NASA gave her the opportunity; the first black woman to go to space from humanity”

A Match Made In Heaven

And he changed the way that music is seen,

Yeah, he brought the soul right back to D.C.

And he left us with a GREAT LEGACY!”

“After fighting and fighting she won her case

Got custody for her son with love and grace

In the future she did so much more

For women’s rights she knocked down many doors

In 1851 she spoke about black women struggles

And soon her publicity started double

On her tombstone it she says she died at 105

I hope she knows that her dream is still alive”

Thank you to everyone that submitted an entry. The learning should not stop when Black History Month ends. These themes and topics can enrich cross-curricular learning all year round. That’s why we’ve updated the contest page so you can access the rap-writing lesson at any time.

Carol is a Growth Marketing Associate at Nearpod.