Eleven Word Up Vocabulary Songs About Imagination and Fantasy! 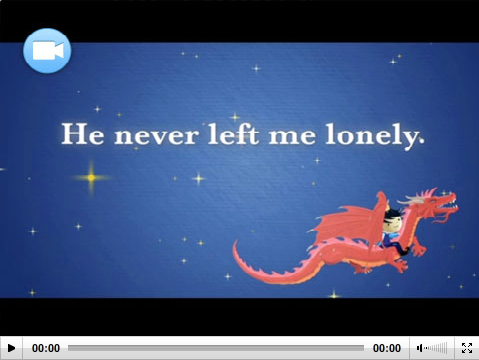 Fantasy books are frequently at the top of kids’ lists. But what about songs that take kids to worlds of fantasy? Here at Flocabulary we love to mix up our vocab words in fun songs that get kids bouncing along and learning. These eleven songs about imagination at different graded reading levels will stretch your students’ imaginations and their vocabularies.

Do You Want To Fly?
Here’s a song about Tameka Potts who dreamed of flying on golden wings. Find out if the dream came true!

Fly Over America
Would you want to rock ‘n’ roll in Cleveland or maybe stand at the top of the Statue of Liberty? Imagine what it would be like to fly over America.

The Prince and the Dragon
This is the story of a boy and his dragon. Learn the benefits of making unusual friends and putting yourself out there!

When I Grow Up
This song about growing up will inspire students to reach far and dream big!

Home Movies
This rapper will show you how he and his friends make movies using a camera and plenty of imagination. Have you ever made a movie? Try it out!

We’re The Piglets
This song retells the story of “The Three Little Pigs.” You already know how one little pig was smarter than his two brothers, but did you know he could rap? Listen now.

Something That Doesn’t Exist
This song teaches you that you don’t need a white lab coat to be an inventor. All you need are some clever ideas!

They Can Never Stop Me
In this song, find out how Ben Underwood overcomes his obstacles in an amazing and imaginative way! He had the chips stacked against him, but he rose up!

Dracula Junior
The song tells the story of Dracula’s son, DJ. Find out what it’s like to be Dracula’s kid.

Golden Dragon
The rapper in this song has a real-life dragon that flies him around! Do you believe? Decide for yourself.

Yes We Can
This song tells of Dolores Huerta, a woman who dedicated her life to fight for a cause she believed could one day be a reality. It asks, “What would you fight for?”

Like these songs about imagination and fantasy? Listen to and watch all of our Word Up Vocabulary songs with a two-week free trial.