What do you do when the UN calls and asks you to write and perform a rap song for hundreds of students, distinguished Nobel laureates, and celebs like Stevie Wonder, Leo DiCaprio and Michael Douglas? Well at Flocabulary, we go forth and rap!

Last week, Flocabulary had the unique honor of performing our song Sustainable Development Goals live at the UN for a student event commemorating the International Day of Peace. Our rappers Ike Ramos and Nitty Scott MC tore up the General Assembly hall, bringing people to their feet and making them clap to the beat (yep, that’s Ban Ki-moon and Michael Douglas gettin’ down to Flocab in the front row).

Want to tune in to performance? Catch the video here:

After the event, Ike and Nitty had the chance to chat with CNN about our work, and even performed some bars a capella. Watch the Facebook video clip here! 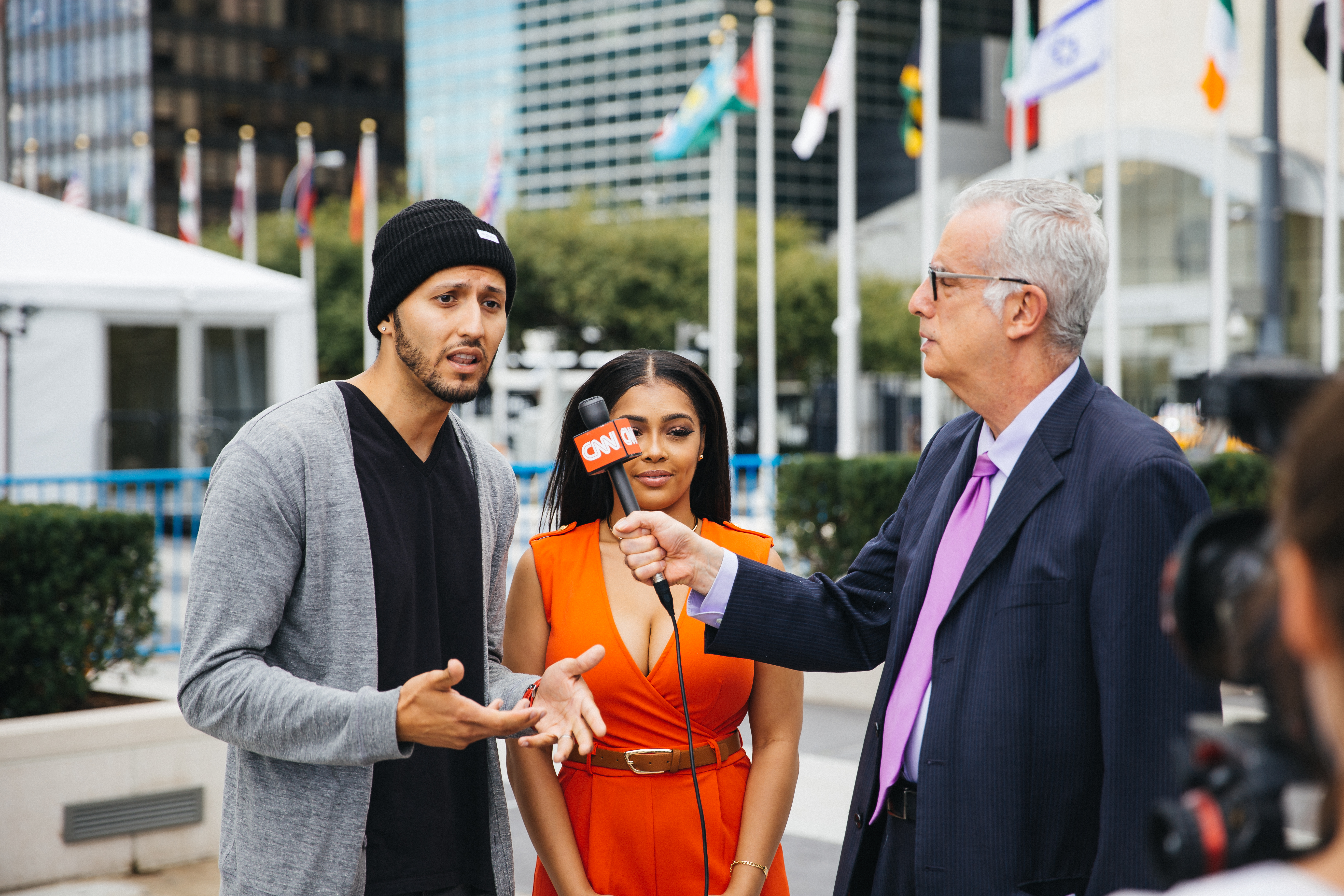 Wishing you all peace for #PeaceDay, Flocab fam. ✌️