Brand-New Age of Exploration and Conquistador Songs Are Free This Week!

Hip-Hop History of the World, Part One got you walking like an Egyptian. And now we’re proud to debut Part Two! We take you from the Age of Exploration to the Age of Globalization–and it’s only available at flocabulary.com.

This October, we’ll release 2 – 4 new World History songs each week for our digital subscribers. Just in time for Columbus Day, we’re starting you off with The Age of Exploration and Conquistadors & Slavery. And they’re free through Columbus Day!

Start off with The Age of Exploration 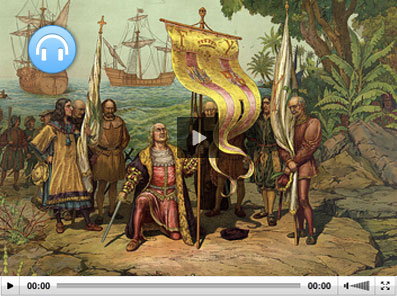 Circumnavigate the globe with Magellan or take a ship to India with Vasco da Gama. But if you follow Columbus, you might not end up at the correct destination. Find out who funded Columbus’s famous journey to America, and what will happen to your teeth if you run out of oranges. It’s our Age of Exploration and Age of Navigation song.

And Then Explore the Other Side of History: Conquistadors and Slavery 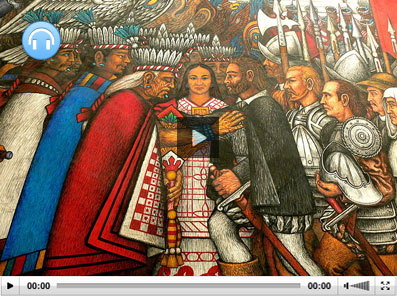 This song picks up where the Age of Exploration left off, and covers what happened when the conquistadors reached the “New World.” It wasn’t always pretty. Cortes battled Montezuma to conquer the Aztecs, and the Incas met their fate when Pizarro arrived. And missionaries came to spread religious beliefs but also spread disease. Finally, we examine the triangular trade and pay tribute to the slaves who suffered to build the Americas.

And our Hip-Hop U.S. History Song
Focuses on the American Discovery 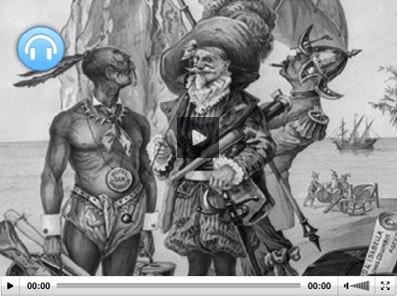 Who discovered America? This song explores the complicated answer to this seemingly simple question. Long before Christopher Columbus sailed over in the Nina, Pinta and Santa Maria, nomadic peoples had crossed the Bering Straight during the Ice Age. These Native American tribes spread throughout North and South America. The Aztecs, Mayas and Incas in Mesoamerica formed mighty civilizations. The song is all about the early origins of the culture and country we know as America.

Check back each week for the newest Modern History Songs!